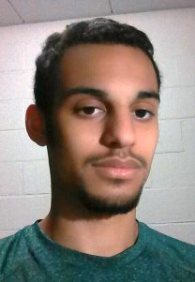 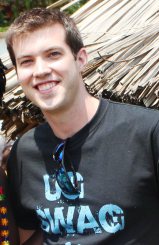 Just before 8:30 a.m. on November 19, as first-year students began arriving for their LegReg class with Professor Todd Rakoff in Room 1015 of Wasserstein Hall (which was scheduled to begin at 8:40 a.m.), all hell broke loose when someone noticed the black tape put over the faces of black professors. Thus “Tape-Gate” came to the attention of the world.

Naturally the immediate reaction, as the Royall Asses had intended, was that this must be a message of hate delivered by a white racist. But within an hour, campus security and administrators had concluded it was just another stunt by black student activists, similar to the one tried a year ago (when “Black Lives Matter” activists put strips of black tape over the faces of the black professors who had refused to ally with them).

In this post we marshal the evidence supporting that conclusion, which is overwhelming. In the following post, we consider, and attempt to quantify, the slim chance that a white racist was actually responsible for this incident, and that the Royall Asses are blameless.

1. Opportunity. Harvard employees are present in the building starting when it opens early in the morning — hardly an opportune time for walking down the hallway placing black tape on professors’ portraits without getting caught.

But late at night there are very few students remaining in the building (in the lounge, or in study rooms, or passing through the lobby walking home from the library), and there are no employees around except for a security guard who might walk through once or twice an hour. So we know that whoever did this must have placed the black tape very late the night before (November 18).

The Royall Must Fall activists admit that they were in the Wasserstein Hall lobby, adjacent to the portraits, the night before, creating their “educational art exhibit.” Therefore they clearly had the opportunity to place the black tape.

But they insist they didn’t place it there. Unnamed “cowards” must have noticed the tape and moved it from the floor mat to the portraits, just after they left, and before the building closed, in “hateful retaliation” against “educational art” that, remarkably, no one else seems even to have noticed. The Daily Caller wrote with an apt tone of bemusement about Royall Must Fall‘s theory of how their black tape got on the portraits (“the alleged hate criminal either retaliated extremely quickly, or else was responding to something so obscure it had gone unnoticed thus far”).

3. Motive. Obviously the Royall Asses had a very strong motive to place the black tape on black professors’ portraits, and then allow people to assume a white racist must have done it. Such an incident would predictably trigger stories about a “hate crime” at Harvard, and would give the Royall Asses a golden opportunity to further publicize their Royall Must Fall campaign. The strong motive of black activists to stage “hate crime” hoaxes (given how rare real hate crimes are) to call attention to their grievances is corroborated by the hundreds of “hate crime” hoaxes that have been uncovered in recent years (see here, here, and here).

Their strong motive to perpetrate a “hate crime” hoax is further confirmed by their actions immediately after the black tape was discovered. Within an hour of the black tape being discovered, the Royal Asses were publicly claiming that the incident involved racist retaliation against their Royall Must Fall campaign. They went into much more detail about that claim a few hours later. The horrible “hate crime” perpetrated on them garnered them international attention, for example, an interview with the Guardian.

The next day, they published an op-ed in the Harvard Crimson, and linked to it on their Facebook page, noting that the “hate crime” had given new life to their agenda: “Now that the Law School has been subject to an act of racism, we feel that it is more important than ever to bring this history to light. As the students of Royall Must Fall, we call on the Law School to confront and address this history, not to sanitize and ignore it.”

On November 21 the Royal Asses, citing this “hate crime,” launched a drive to get people to sign an open letter espousing support for the Royall Must Fall agenda of removing three stacked wheat sheaves from the Harvard Law School crest.

“Portraits Of Every Black Professor At Harvard Law Were Covered In Black Tape,” the headline blared on November 19. But it’s not true. Not every portrait was affected by the supposed “hate crime.”

The portrait of Lani Guinier — presumably the professor who would be most hated by a white racist, given her reputation as “Loony Lani,” the “quota queen,” and particularly her recent book slamming the very concept of meritocracy in higher education — was miraculously unscathed!

This is a critical fact, overlooked to date by the media which have covered the story. Recall our hypothesis that in staging the hoax, the Royall Asses left Prof. Guinier’s portrait alone because she supports their efforts. By leaving it alone they would have plausible deniability if they got caught — they could say they weren’t trying to carry out a “hate crime” hoax. They were merely making a protest against some of the black law professors, those who don’t support them, just as “Black Lives Matter” activists had done a year before. They could point to the unscathed portrait of Prof. Guinier as proof of their innocent intent.

Under that hypothesis, the absence of black tape over Prof. Guinier’s face makes perfect sense. But does it make any sense that a white racist would leave Prof. Guinier’s portrait untouched?

Well, perhaps the white racist failed to study that part of the gallery or portraits, and thus overlooked Prof. Guinier’s portrait. Perhaps it was a simple oversight by the white racist.

But the evidence weighs strongly against that hypothesis. Just to the right of Prof. Guinier’s portrait is the portrait of another black law professor, Scott Brewer,whose face was covered with black tape.

Indeed, on their Facebook page the Royal Asses cropped their photo of the Scott Brewer portrait to hide the fact that Prof. Guinier’s portrait, just to the left, had not been “defaced”:

By contrast, when a “defaced” portrait was flanked by portraits of white professors, the Royal Asses were happy to show the adjoining photos:

5. Statements by campus security officer. A main reason we created this blog, convinced that the incident was a hoax, not a “hate crime,” was that one of our friends was in the crowd of students in the hallway about an hour after the black tape was discovered, and overheard a campus security officer reassuring a Harvard employee, who was visibly alarmed at the incident, that this wasn’t a racist incident.

It was black students who had put black tape over the faces of black professors, the security official explained, “to mark them as traitors,” because they “won’t stand with them in protests” — exactly what the black students did last year, during the Ferguson protests.

The contemporaneous conclusion of campus security officials that this was an obvious hoax, and not any sort of “hate crime,” has not yet been reported in the media.

6. Statement by Professor Randall Kennedy. Our confidence that this was, in fact, a hoax was strengthened later that day when we learned of the reaction of Prof. Randall Kennedy (one of the black professors whose portrait was covered with black tape). In a class a few hours after the incident, Prof. Kennedy reportedly said he didn’t know what the black tape meant. He reportedly speculated that the black tape could have been placed by someone seeking to “chastise” black professors for not being outspoken enough on racial issues on campus.

Crediting this report (of which we have only third-hand knowledge), why would this possibility immediately come to mind for Prof. Kennedy? Presumably because, as the security official stated, black students tried this stunt last year, in a selective protest against only certain black professors — but last year, unlike on November 19, the tape was discovered and removed before any students saw it, so that only the professors and administrators (and the hoaxers, who could hardly complain about their hoax being foiled) ever learned about the incident.

7. What was Derecka Purnell doing there “so early”?

The last piece of evidence that the black tape was placed by the Royall Asses late at night on November 18, as part of a “hate crime” hoax, was that it appears they had an accomplice enlisted to ensure the “hate crime” was discovered, and publicized, early the next morning without a hitch.

Recall, as noted at the end of our previous post, that the second student on the scene early the next morning, just as the black strips of tape were being discovered, happened to be a racial-justice community organizer named Derecka Purnell. She took photos and quickly got them on Facebook, at 8:31 a.m.

From her Huffington Post article about the incident, it seems clear that if a committed black activist such as herself, eager to publicize a “hate crime,” had not been there on the scene so early in the morning, the professor whose strong inclination was to simply tear off all the black tape would have completely foiled the hoaxers’ plans.

In posting her photos at 8:31 a.m., Ms. Purnell commented:”So much hate. So early.” Which leads to the question: what was Ms. Purnell doing there so early, if not as an accomplice of the Royall Asses in carrying out a “hate crime” hoax?

Mr. Purnell was there “so early” because she had an early class, right? Wrong. Because unlike on Mondays through Wednesdays, there are no early classes on Thursdays, except for one class, attended exclusively by first-year students (Ms. Purnell is a second-year student), taught by Prof. Todd Rakoff in Wasserstein Hall Room 1015, adjacent to where the black tape was placed (Prof. Rakoff was almost certainly the professor she wrote about).

A check of the classroom schedule reveals that Ms. Purnell was at the site of the “hate crime” at least an hour and a half before her first class of the day, as all other classes begin no earlier than 9:50 a.m.

The Royall Asses might have been better off enlisting a first-year student in Prof. Rakoff’s class to be the one who was on the scene at the discovery of the “hate crime.” Enlisting someone who had no reason to be on the scene “so early” in the morning was a mistake. Then again, perhaps the Royall Asses had no better option. Maybe only a racial-justice community organizer such as Ms. Purnell, committed to doing whatever it takes to advance racial “justice,” would have agreed to play the accomplice role it appears she played in what almost certainly was a “hate crime” hoax.

11 thoughts on “The Evidence Inculpating the Royall Asses”

We're the "Royall Ass Exposers"! E-mail us at RoyallAsses@gmail.com. Especially if you want something exposed!